It’s comforting to meet folks filled with hope. You can’t help but smile and walk away from their presence a bit lighter than when you entered it.

Hope is meant to be contagious, but sometimes it’s not. Sometimes it can be downright irritating to those whose perspective is jaded toward goodness. Unfortunately, I’ve met a few people in this condition recently. Worse yet, I’ve sometimes joined them in their cynicism toward hope.  And that thought saddens me.

How often have you found yourself living with a jaded perspective toward goodness and truth? How often have you allowed tiredness or boredom to drain your enthusiasm toward the joy that is ours in Christ? It’s unsettling how easily apathy and cynicism creep in, turning our thoughts from the pathway of peace.

The other day I saw a facebook post which stated: Expecting is my favorite crime, and disappointment is always my punishment. I couldn’t help but cringe when I realized the heaviness of that phrase. And the utter lie that it is. Or how easily we buy into it.

Expecting is not a crime. As Christians, we are asked to live expecting always. Expecting God’s goodness and faithfulness to overcome the worst in this world. The worst in us. Yet we are duped into placing our expectations in temporary things instead of in eternal truths. No wonder we reap disappointment.

When our focus shifts to the shaking of a fallen world instead of the timeless sureness of a faithful Father God, a jaded hope is our reward.

When our thoughts are consumed by rapid-fire agendas in place of the natural rhythm of the journey, we become weary and worn out. When our vision is near-sighted instead of far-reaching, we are bound to become discouraged. When we cling to people instead of to God, we are certain to be disappointed. When we fail to embrace grace, our hearts become hardened. Embittered. Jaded. Disenfranchised with hope. Distraught by change or by the continuing sameness of a trial appearing to stretch before us for miles on end.

Instead of living at peace in the known of God, who remains stable despite our floundering, we allow our hearts to become disenfranchised. Unable to rest easy. Tempted to go on a rampage against the very hope that has been given to hold us steady.

I found it of great interest to note the actual meaning of the word disenfranchised comes from the French root enfranchir – to make free. When the negative prefix is added, we end up in bondage – made unfree.

This is where a jaded outlook leads – straight into the bonds of captivity. Made unfree.

The good news is, if you are in Christ, you will never have to experience this. You will never be cut off from hope nor separated from grace.

But you can choose to walk away from it.

Today I challenge you to fight against the temptation toward jaded disenfranchisement. If you’ve found yourself teetering toward the cynical or reaching out toward disappointment, just stop.

Stop and think upon the One who has plans of hope and a future for you. Ponder His promises. Remember His past faithfulness to you. Look again upon the cross of Christ and know the greatness of a love that has no limits. A hope that overcomes the very gates of hell. A peace that shakes the dust from empty graves in overcoming victory. For good.

Things are not always what they seem in this tilt-a whirl world. This life is so very fleeting. Even the longest of human breath is a mere gasp in eternity’s lifespan.

This trial. This painful relationship. This sickness. This hurt. Whatever your this is. It will not last, my friend.

In the span of a moment, in the twinkling of an eye, we will be changed. Changed into eternity’s form and granted eyes to see the One who will cause every knee to bow in absolute and final declaration of His glory and dominion.

But we don’t have to wait for the end of this life to experience His hope. You can break free from the delusion of disappointment today.

Liberate your heart to remember.

Open eyes to see the eternal and the true as you revive a grateful spirit.

Cling to goodness and to Jesus.

Expect to find hope… and you will.

And this hope will not lead to disappointment. For we know how dearly God loves us, because He has given us the Holy Spirit to fill our hearts with His love. — Romans 5:5 (NLT)

The discipline of journaling my thoughts has the power to either encourage or haunt me. While it’s true that reading words I’ve penned in the past can be a wonderful reminder of Father’s faithfulness, it can also be a reminder of my own faulty tendency toward melancholy.

Toward all those everyday wonders that fall by the wayside, trampled underfoot by the weight of the cares of this life.

Today I am thankful for both past words and present truth.

After reading the following journal entry penned several months ago, I realized that God has been setting me free from the fear of declaring myself. Day by day, sometimes even moment by moment, He has been releasing me from capitulating to lesser things as I determine what to embrace and what I allow to be loosened from my all-too-often grasping fingers.

Perhaps you can relate…

“‘You gotta start declaring yourself,’ she said. And I laughed, because all my life I’ve been trying to state my case in whispers.” – Elora Ramirez

Even though most people would not define me as “quiet,” I so easily can relate with the above statement. It’s hard to “declare yourself” when you’re floundering to come to grips with who you really are. Especially when the real me continues to morph and change, much like the turning of seasons.

I am very much a work “in process.” Sometimes seemingly stagnating in the winter of my soul; other times inwardly whirling with summer thunderstorms — a cacophony of emotions quickened by fears or paralyzed with pain. There are the rare glimpses of beauty bursting through the springtime of my personality as I blossom with hope and the thought of new beginnings. And there are those moments of autumn when all seems to be coming loose within, falling rapidly as leaves to the ground. Aching with desire to skip over the cold of winter and return to the pleasantness of spring, I find myself rushing to recapture the beauty that seems so elusive in the gray deadness of preparation.

From the midst of this whirlwind of self, I wonderingly whisper, “Who am I?” as I’m whisked away by these moments of time passing — even though I seldom feel as if I’m entrenched in anything other than the here and now of  others’ expectations.

Chained yet again by needs I dare not neglect.

As I ponder this missive of declaring, I too easily content myself to remain in the discontent of deferring to others. Of rushing to fulfill the call of the urgent when the cry to create is ringing within.

So I stifle my declarations and answer with a whisper, reaching out once more to fulfill the desires of others. Sharing their stories while silencing my own…

Today, I thankfully realized that I have been making steps toward regaining my voice. I’m learning to declare myself beyond just the merest of whispers.

I actually told someone “no” this past week – “no” to an opportunity for ministry, even (insert audible gasp here). Once I got past the initial twinge of guilt which likes to accompany disappointing a friend’s expectations, I realized how freeing it was to loosen my grasp on something rather than tighten it.

To “let go” and not look back may still be a temptation that I’ll have to face in the future, but for now, I know this is what I’m to do.

Step by step – or more appropriately, handful by handful – I’m learning to allow God to fill and empty these busy fingers of mine. More importantly, I’m learning to write my story… line by line, sometimes letter by letter, with a whole lot of scribbling and editing.

My next prayer is to move past the editing and one day have the freedom to openly spill forth the words as they escape, without the editing and trimming and taking away portions of me that God finds beautiful and desirable, even when I find them less than poetic. But that is another work left for another story.

If you have found yourself being stifled by the cries of others, I challenge you to join me in “declaring” yourself. Not selfishly making declarations, mind you. There’s a vast difference between the two. No, I’m simply inviting you to refuse to silence yourself and your God-given desires; to create and release the beauty you’ve been holding within. It’s time to allow those declarations to escape, in ways that make them more noticeable than your whispers which have been muted by the expectations of others.

It’s time to give voice to your own story, dear one. The world needs your beauty. It needs your talents and gift, your unique and quirky personality that differs from all others.

So silence the urgent, and embrace what is needful in order to “let go” and “live free.” 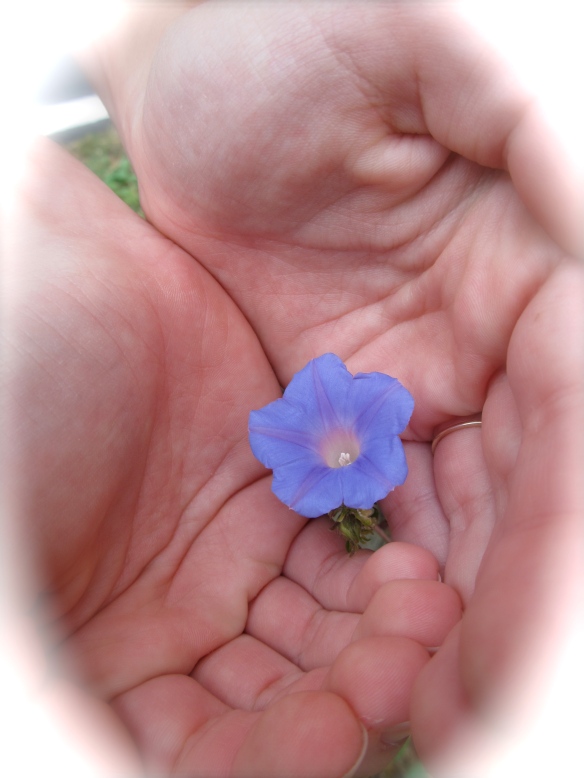 Hidden behind these bars of lies.

Held captive by chains of my own making.

That I am too afraid to meet.

Until the Voice of Truth rings out

Stirring me from slumber…

Put on your strength.

Shake yourself from the dust, arise.

Loose yourself from the bonds of your neck!”

And I realize this truth calling to me

Is the Voice of Freedom.

For the first time, I notice

The keys to this cage are held within my grasp.

Freedom has been mine all along,

Placed there by nail-scarred hands

I rise from this prison,

Insert the keys of mercy,

Swing forth these bars,

And FLY into the destiny created for me. 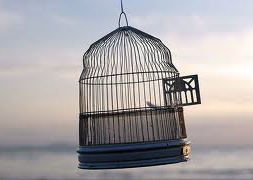 This post was another Five Minute Friday written with the word prompt of FLY. You can join in the challenge at http://www.lisajobaker.com/five-minute-friday. 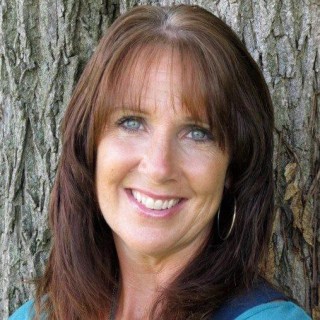